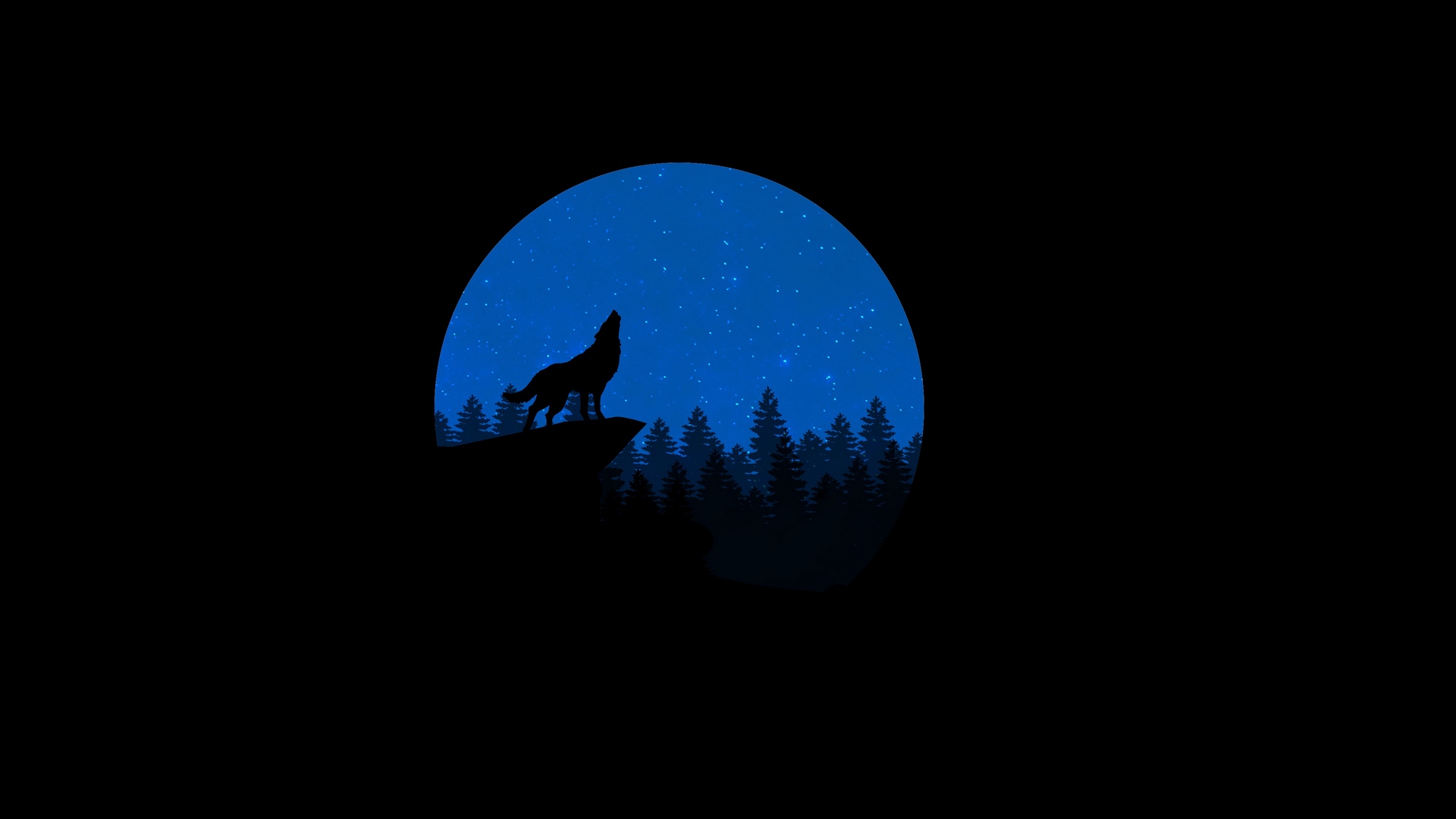 Noother decade has more monikers to describe its exuberance — The Roaring 20s, The Jazz Age, the Harlem Renaissance, and the Age of Wonderful Nonsense.
In the wake of the 1918 pandemic, a much younger America threw off sexual mores, swigged bathtub gin, and danced the Charleston in speakeasies. Women could finally vote, and their hemlines raised with hopes for an emancipated future. E. E. Cummings coined the word “partied” as a verb in 1922, and Dorothy Parker penned enough sexy double entendres to last a century.
Oh, and we also got the term “dating” from the young singles who were finally allowed to meet unchaperoned. Thanks, 1920's.
Now, sociologists are predicting an equally hedonistic dating trend to follow the COVID pandemic. But oddly, the name they have given this one is not as cute — “The Whoring 20s.”
Yep. That’s right. Everyone will be getting laid in the next few months. Or so the predictions go.
Similar to the 1920s, America had its share of growing pains in the last year. And we faced some of those growth spurts with all the aplomb of a zitty teenager with raging hormones. Will history repeat in one glittering bacchanalia?
Only time (and STD rates) will tell. Until then, here are a few old-timey pastimes from the 1920s that I wish we could bring back.
“Tell him I was too f*cking busy — or vice versa.”

Petting parties
The 1922 headline said it all — “Mothers Complain That Modern Girls ‘Vamp’ Their Sons at Petting Parties.” The article warned parents, “The boys of today must be protected from the girl vamp.” These jezebels were doing the unthinkable — touching boys at parties.
“Petting” included kissing, hugging, and well…petting. It did not include sex. In the very unliberated 1920s, premarital sex could still destroy any woman’s reputation. So petting parties became a safe (and only) way for young women to explore their sexuality without risking their future marriage prospects.
Well, thank god that slut-shaming is over.
But the petting part…let’s bring that back. Today, intimate kissing and long caresses have been replaced with dating app hookups — the fast food of romance.
But true intimacy does not move at the speed of a thumb swipe. And this is why I grow nostalgic for petting parties — delayed gratification. It’s the marshmallow test with a sexual twist. And if you pet your lover like a kitten…I promise you will drive that bearcat crazy with lust.
(Actually, I make no such promises. I never get to use 1920s gangster slang and couldn’t resist.)
“If I had to live my life again, I’d make the same mistakes, only sooner.”--Tallulah Bankhead

Baker in her banana costume in 1927

Dancing
In 1926, audiences packed into the hottest Paris nightclub, Folies Bergère. The curtain raised to reveal a painted backdrop of a tropical paradise, hanging with vines over clear, blue water. The drums thumped out a slow, steady beat as Josephine Baker crept behind a fallen tree prop like a graceful tiger about to pounce. Suddenly, she sprang forward, gyrating her hips in whip-cracking speed…with a girdle of bananas around her waist.
Now that is hot and funny. Every woman in that audience wanted to move like Josephine Baker.
Young people learned Josephine’s sultry moves and crowded into smoke-filled speakeasies and cabarets to dance the Charleston, Black Bottom, waltz, and tango. The horns blared, and the bootlegged whiskey flowed as couples rocked their pelvises against each other. Dancing was freedom.
Aren’t we tired of not touching each other? Dancing is one of the best forms of exercise and has been shown to reduce Alzheimer's. And if you are going to grow old with someone, you might as well keep their memory sharp.
Ice Cream Socials
When Anheuser-Busch could no longer sell alcohol during Prohibition, they turned to a different pastime — ice cream. Other companies followed suit. The result was the invention of the Good Humor Bar, Dixie Ice Cream Cup, and the popsicle.
While alcohol might be the quintessential social lubricant, research shows sugar makes for sweet romance too. In one study, couples reported they like each other more after eating something sweet. And an ice cream headache beats a wood alcohol hangover any day.

William Ruppert breaking the pole-sitting record of 23 days, in 1929 | Public Domain
Flagpole sitting
Before TikTok stars and influencers found fame by doing pretty much nothing, wannabe celebrities had flagpole sitting. Flagpole sitting is just like it sounds — people sat on top of a flagpole for as many hours as boredom and your spine could endure.
It’s a dating activity that probably wouldn’t take off today. Modern couples are so distracted with dinging cellphones and dopamine firing social media that we have lost the art of silence. But any man who can sit on a flagpole with me for twelve hours without distractions is a keeper.
“Ah, good conversation — there’s nothing like it, is there? The air of ideas is the only air worth breathing.”
Now, sociologists are predicting an equally hedonistic dating trend to follow the COVID pandemic. But oddly, the name they have given this one is not as cute — “The Whoring 20s.”
Yep. That’s right. Everyone will be getting laid in the next few months. Or so the predictions go.
Similar to the 1920s, America had its share of growing pains in the last year. And we faced some of those growth spurts with all the aplomb of a zitty teenager with raging hormones. Will history repeat in one glittering bacchanalia?

The telephone
In the 1920s, a hesitant man could ask a woman out by ringing her at her parent’s home. This prevented him from experiencing in-your-face rejection.
Today, most people ask for a date in a text message. It’s a low level of risk.
But while we have reduced the risk, texting has also created a world of two-dimensional relationships that never lead anywhere. And why would they? Since 90% of communication between most humans is nonverbal, it’s no wonder why we struggle with intimacy. Sorry, but your emoji laugh doesn’t get my heart thumping like your real laugh.
This is why your phone is one of your sharpest screening devices. The reason is simple — people who text for weeks and weeks without asking for a date are either bored, dating someone else, not that into you, or lack confidence.
There I said it. Set the trolls loose on me. But before you attack me for expecting the man to do all the work, I have asked out plenty of men who won’t make a move (or hinted ridiculously). If you think that is sexy, you don’t understand women.
Usually, I ghost my pen pals after about a week. By then, my inkpot has run dry, and I get as mercenary with my delete button as a husband-hungry Jane Austen character. And many women will agree with me. It’s one of the most common complaints I see on dating apps —“not looking for a pen pal.”
When someone writes that, you should believe them. Or better yet, pick up that newfangled device known as a telephone, and quit the lollygagging, cake eater. (That’s my last 20s slang…maybe)
You will get one of two answers — a yes or a no. But if you hide behind your screen, you will get gray hair and a first date story that only happened in your head.
“A woman should be able to kiss a man beautifully and romantically without any desire to be either his wife or his mistress.”― F. Scott Fitzgerald

Daters today seem to fall into one of two camps — seeking serious courtship or casual sex. I saw one female writer advise single ladies to swipe left on any guy who fills out the “not sure” box for whether he is looking for a relationship.
Please stop swiping left on Mr. Unsure. There’s nothing wrong with approaching dating without expectations. Not everyone has a binary goal of either saying no or yes to a relationship. There’s a lot of adventures to be found in that unpredictable space of “it depends.”
It depends if you have chemistry and compatibility. It depends on the delicate timing that makes you prioritize relationships. And it depends on a host of socioeconomic factors — geography, desire to have children, sense of humor, and matched ambitions.
But with one in three couples meeting online now, the mystery is uncloaked. Want to know if a guy is looking for a serious commitment? It is listed in his profile. Want to know if a girl is open to a hookup. Also listed in her profile. Her favorite music. It’s on her Spotify list. His passions? That dead fish is speaking to you.
Dating was not as transactional in the 1920s. Both men and women went on dates to potentially meet a husband or wife but, more importantly, to socialize.
Socialize. Remember that little verb? It meant if you wanted a meaningful connection with someone, you had to peel back the layers. (And by layers, I don’t mean clothing, kids.)
But flirting today has become a stultifying game of putting people in neat boxes. Hot or not. Rich or poor. How about giving people a chance without any expectations of how we can retrofit them into our lives?
Desires blooms in odd places. It might even happen over soda pop and some necking in your flivver. (Now that was my last 1920s slang.)

- Patient Engagement Solutions Market is expected to reach US$ 47 Billion by the year 2027 expanding at a CAGR of 16.2&#37; during the forecast period